‘An investigation into ‘The Smiley Face Killers,’  The Unexplained Disappearances of Hundreds of Missing Men. Abducted, Kept, Drowned….:  Young college men are vanishing without a trace, only to be found dead; weeks or months later, in remote rivers or creeks, in areas that searched multiple times before; their bodies later discovered there, as though placed to be found…. 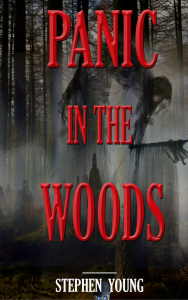 People are disappearing in the Woods. Screams heard in the distance; or, just ominous silence… The primal fear of something dangerous lurking, coming closer…..For some people, this can turn into a deadly reality. For those left behind, there is only confusion, fear, panic…..The Woods will never be the same again…. 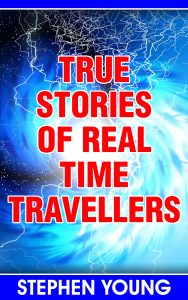 Travellers for the US Government & Government Whistleblowers talk about their experiences in other dimensions.

What you are about to read in this first of two books is a narrative detailing a mysterious figure I called the Harlequin. The Harlequin was a thin, androgynous being. This being was clearly not human…and seemed to be stalking me my entire life.

As featured on National Radio Shows; ‘Something in the woods is taking People’; Something unknown that we cannot define; Something that others have had the misfortune to encounter. People snatched soundlessly, never to be seen again. Or returned; dead. A strange and highly unusual predator. Highly intelligent. Very successful. And able to overpower someone in an instant…. This is a puzzle. An often deadly one.

Everyone loves a mystery….right? In this book, we travel down some winding and twisting paths as the stories become stranger and ever more mysterious as we look into the most mysterious, baffling and cryptic of cases. We meet a range of the most intriguing characters, a whole host of the strangest of circumstances, and the most interesting clues that have been found along the way.

In this book, there are dark true tales of the Wendigo, Werewolves, the vengeful Fey, Black Stick Men, Invisible Predators, the Hidebehind… & many other monstrous creatures, terrifying creatures that arouse our darkest fears. Lore or real? –
From the witnesses in this book, it would seem that the truth is far more frightening than the fiction.
Formerly entitled Predators in the Woods: ‘Monstrous Creatures: Monsters & Creatures: Encounters with Creatures of the unknown. True Tales.’ 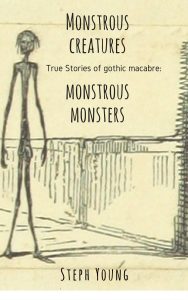 Monstrous Creatures, Monstrous Monsters: Our darkest history & lore. Monstrous Creatures & their Deeds. In this book we take a look at some true Stories, featuring The Real Frankenstein, The Jikininki, The Changelings, The Spy in the Bag, The Wax Head Woman, Tartarus, and many more disturbing, true-life characters & their deadly deeds, throughout our dark history and Lore.